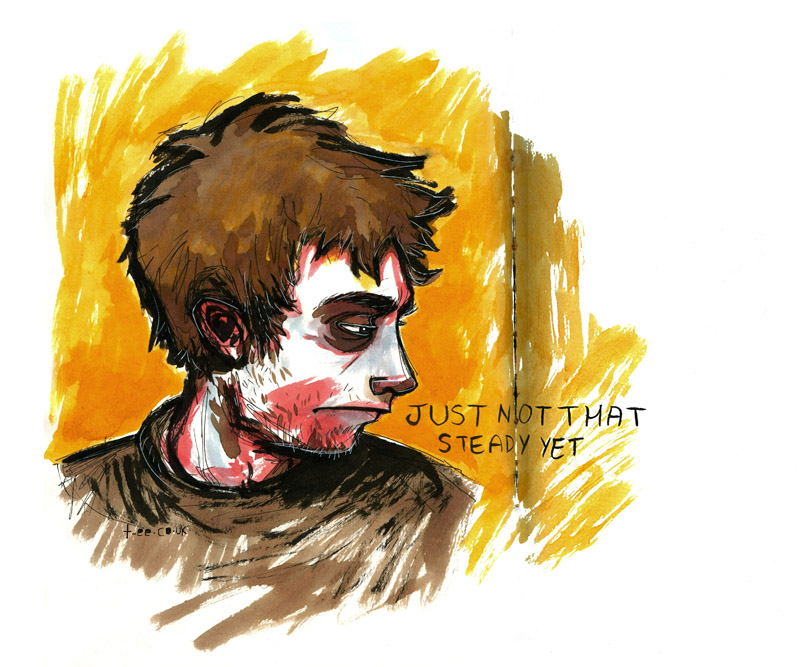 A page in my sketchbook that gave me an idea for a interesting and loose way to produce cells in comics. I'm thinking of doing cells this sort of way for my 4AM Major Comic...
So there would either be one big cell like this or several shrunken ones on a page.
Posted by TEE at 09:52 No comments: 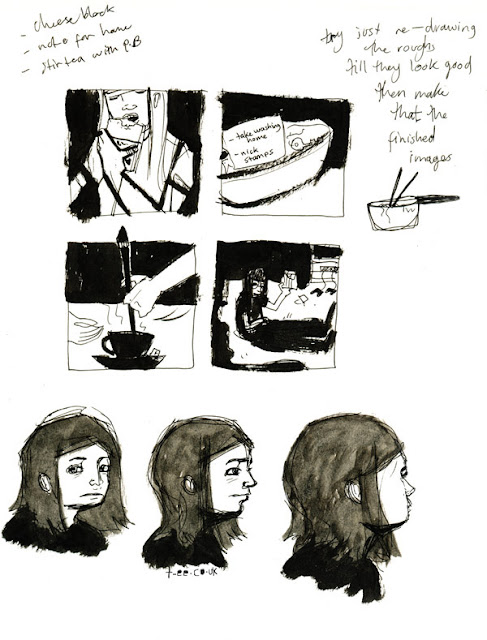 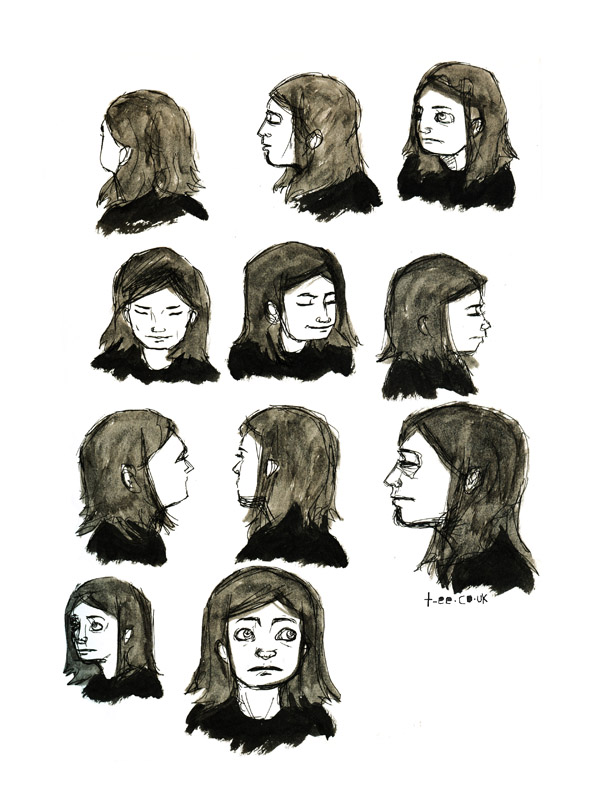 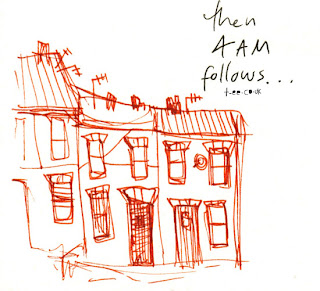 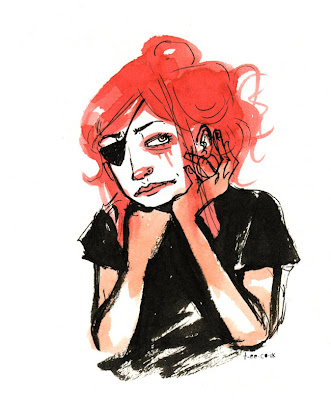 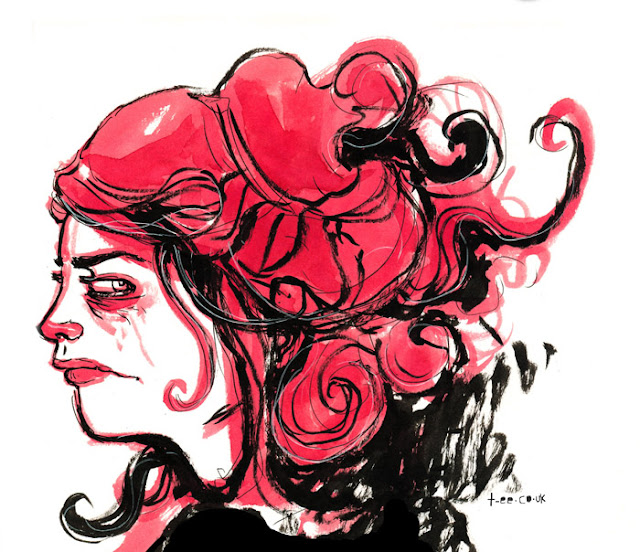 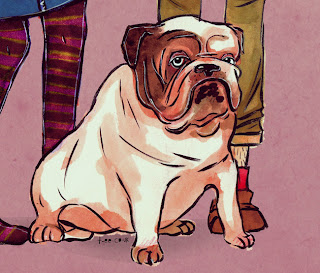 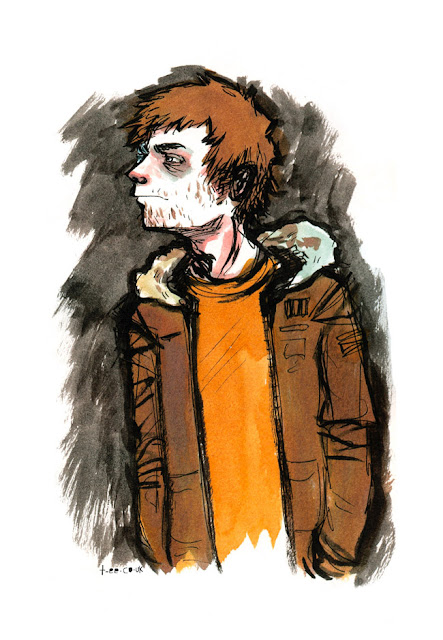 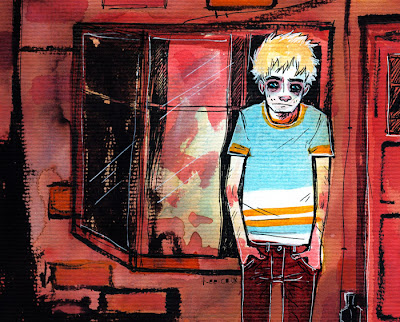 This is how i relax. 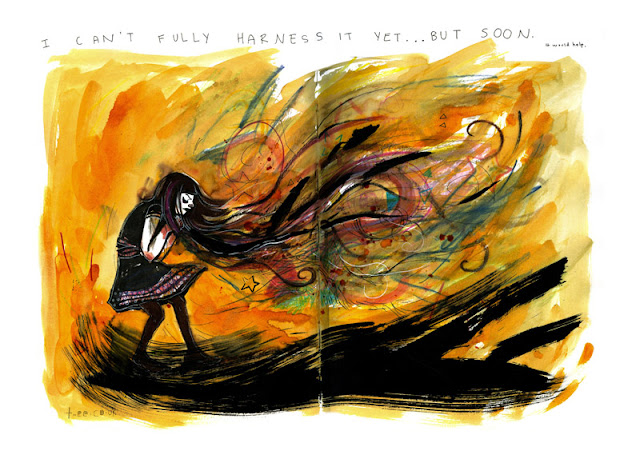 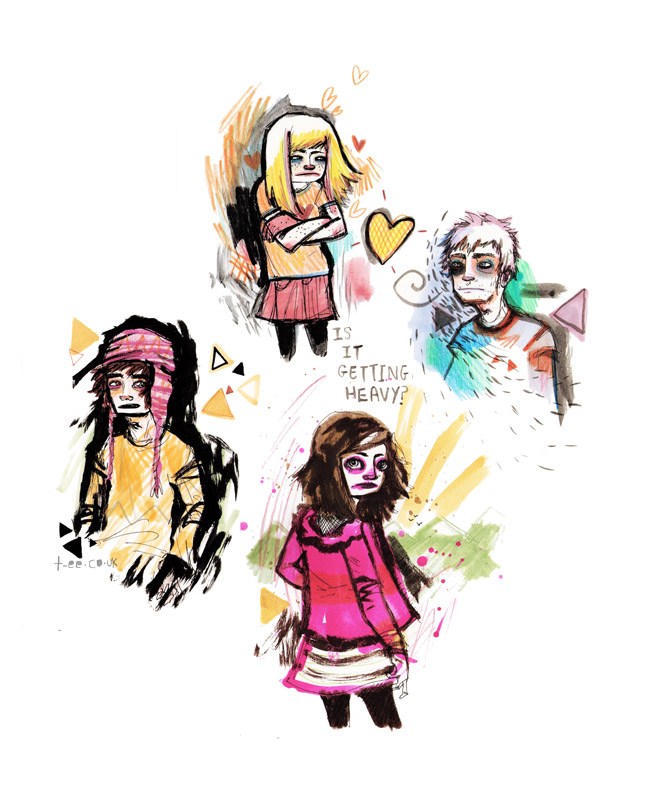 Email ThisBlogThis!Share to TwitterShare to FacebookShare to Pinterest
Labels: experiments

I thought i\d take my latest B and W sketch as an chance to test some colouring methods and some more limitation... 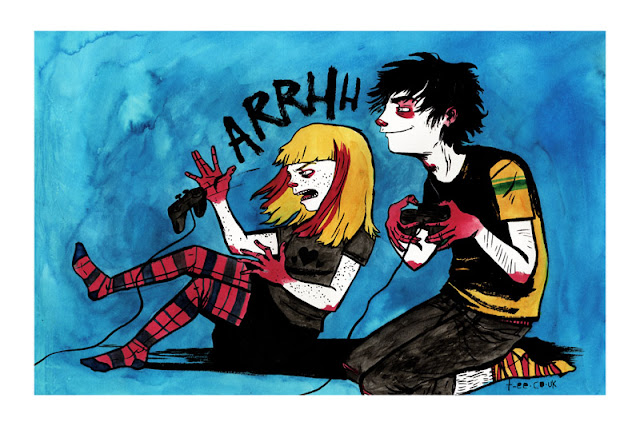 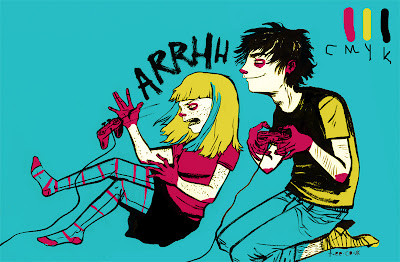 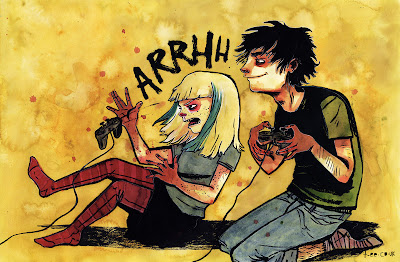 I wanted to just paint using CMYK colours but it didn't really work how i would have liked.....I'll try again another time.
Posted by TEE at 09:27 No comments: 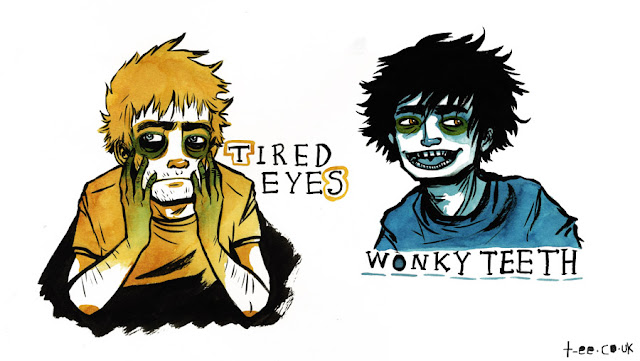 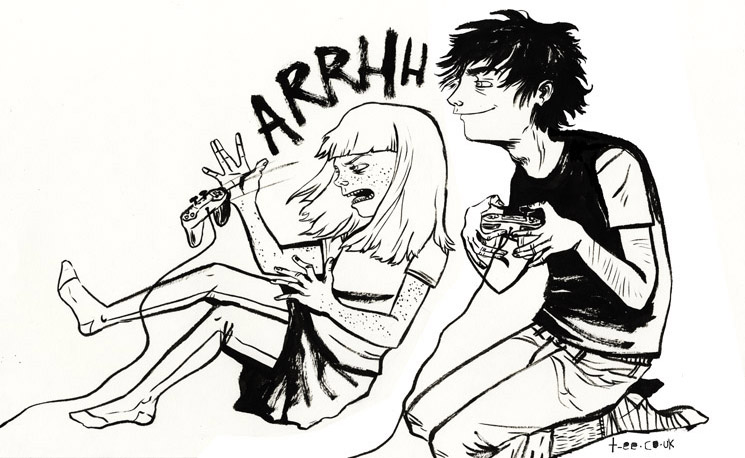 I finished my 3 page comic and turned it into a book! I got fed up of not having physical end products with this project, so i decided this would be a good test. As it's better to discover things now rather than at the end! So much went wrong at all stages. But it lives as a proper thing now and i feel good about having something to actually show when i try a describe what i mean by i want to make 'lots of short pretty books.'

I came up with the script one night in front of the tv, along with loads others but it just happened to be the one i picked to run with, weeks ago now. Then because i was just then focusing on what the composition was like, then how the colouring looked, then how to arrange it all, THEN how to print and bind it all. I've been just seeing it as just a load of components for a while now.
So it's been really weird/funny to see how people have reacted to such a mopey and pretty unlike me tale. It's like i've forgotten it's a real story amongst all the paper and ink. And it's what most will judge it by. 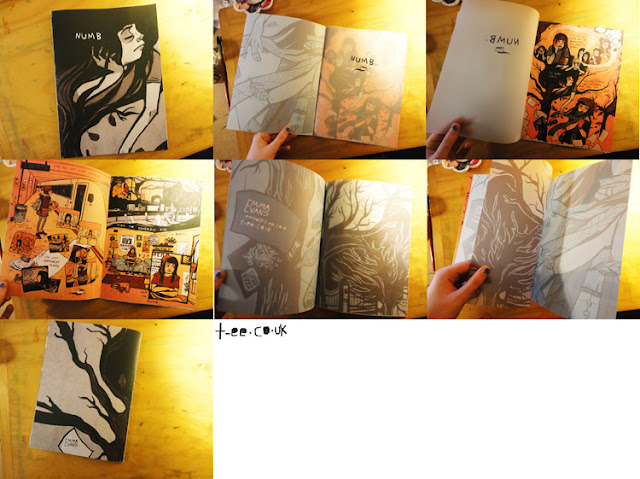 It's not the end for Numb yet though. It's being translated into french for the Angouleme Comic Festival at the end of jan. So it's going to mean me rearranging all the text and then getting that to print. I also what to get the colours closer to the original on the printer....but that's just a case of trial and error.
But i'm trying to to worry about that now.
Posted by TEE at 13:31 No comments: 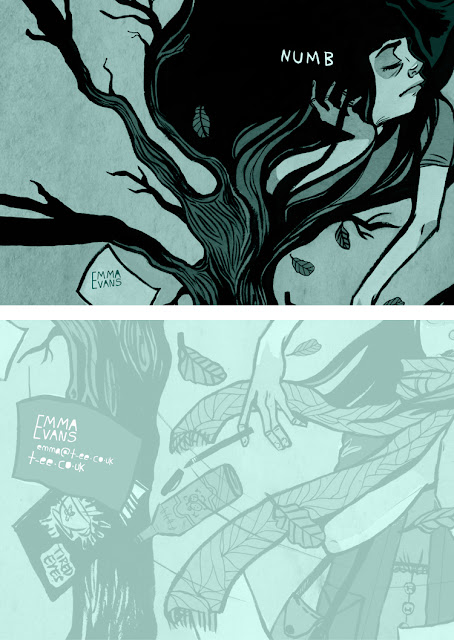 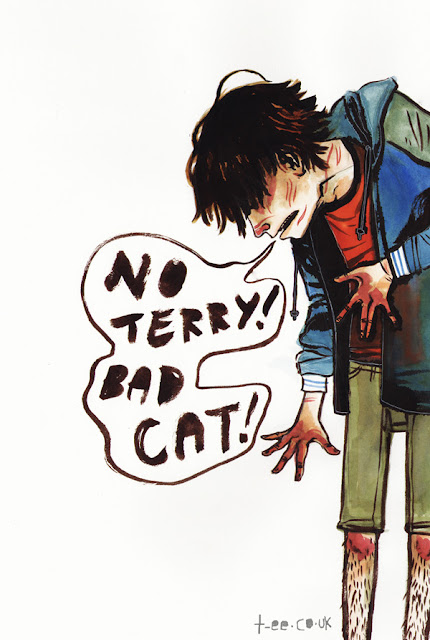 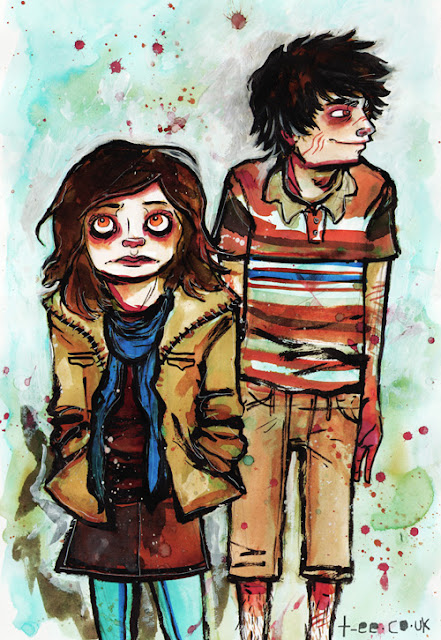 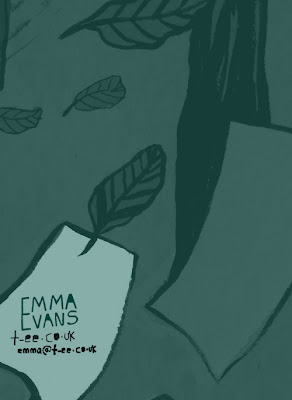